Sometime, everyone should sleep under the stars, in a place where the stars are the only light at night.

These mountains, and the others nearby, are called “inselbergs,” or “island mountains. They are in groups, but disconnected, resulting from the way they were made, beginning somewhere between 750 – 450 million years ago. At that time, the Damara Origen, a layer of rock, covered large parts of Southern Africa. At about 120 million years ago, as Africa and South America were being torn apart by tectonic activity, the accompanying volcanic activity pushed huge amounts of magma towards the surface. Erosion chewed away at the softer Damara Origen that surrounded the clumps of magma, leaving behind these huge granite boulders and mountain peaks.

It is a picturesque formation, and it was used in the “Dawn of Man” sequences in “2001: A Space Odyssey.” The San people believed that it housed spirits, and there were many rock paintings, even paintings of rhinos (raising speculation that rhinos once lived here in the Namib,) but sadly, vandals destroyed most of the paintings before the place was set aside. The larger peak was first scaled in 1946, and rock climbers used it until it was set aside, and climbing is no longer allowed.

The boulder below is where our group put their sleeping bags. Mambo suggested we would be more comfortable looking for the slight depressions because the desert can get very cold at night, and a breeze would make it colder. He’s from Kenya, and his definition of cold and mine are different. I was glad I had a sleeping bag, but I wasn’t cold at all overnight.

In the southern part of Africa, it gets dark at about 6:00 p.m. We had dinner, and then those who chose to sleep on the boulder (almost everyone) put on their headlamps and headed up. The stars were coming out, and the sky was beautiful. The Milky Way flowed across the sky, and the Southern Cross was visible. I stayed awake as long as I could to watch, but eventually I fell asleep. 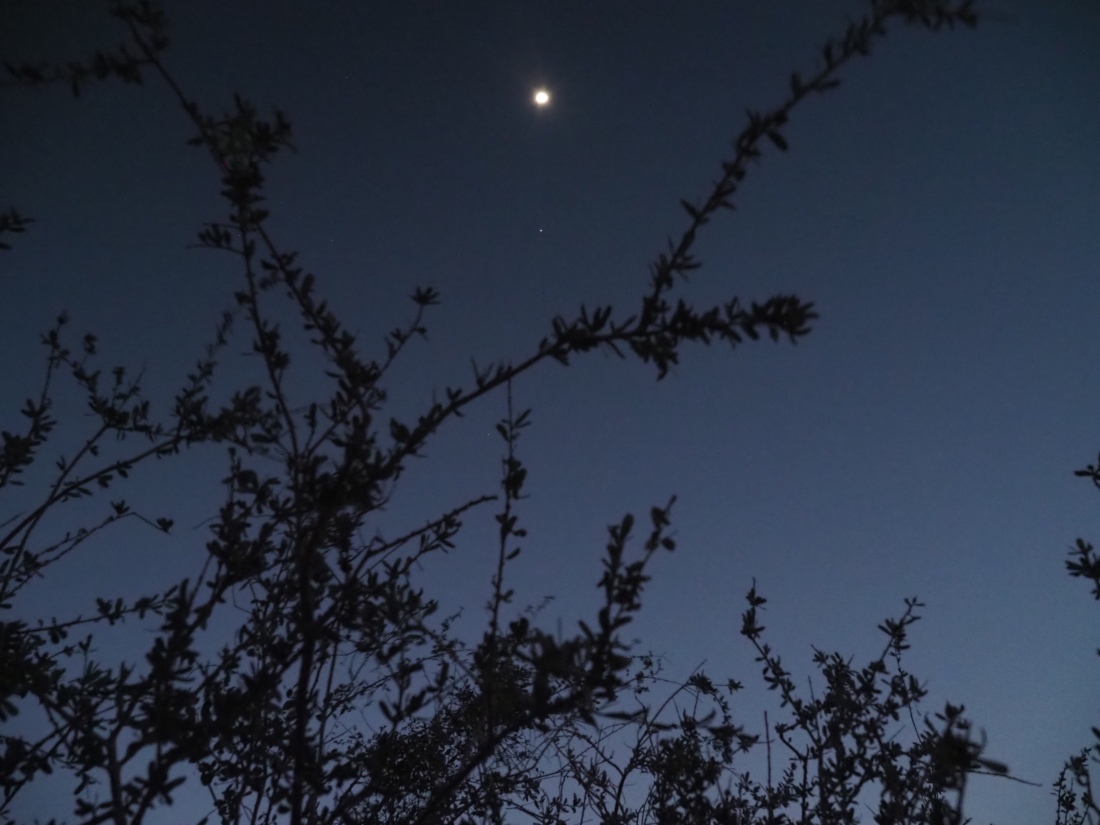 I woke up before dawn and tried to take a photograph, but it was just too dark still. It was a while before I got the early morning shot of the larger Spitzkoppe:

My feet were in the red and gray sleeping bag…. 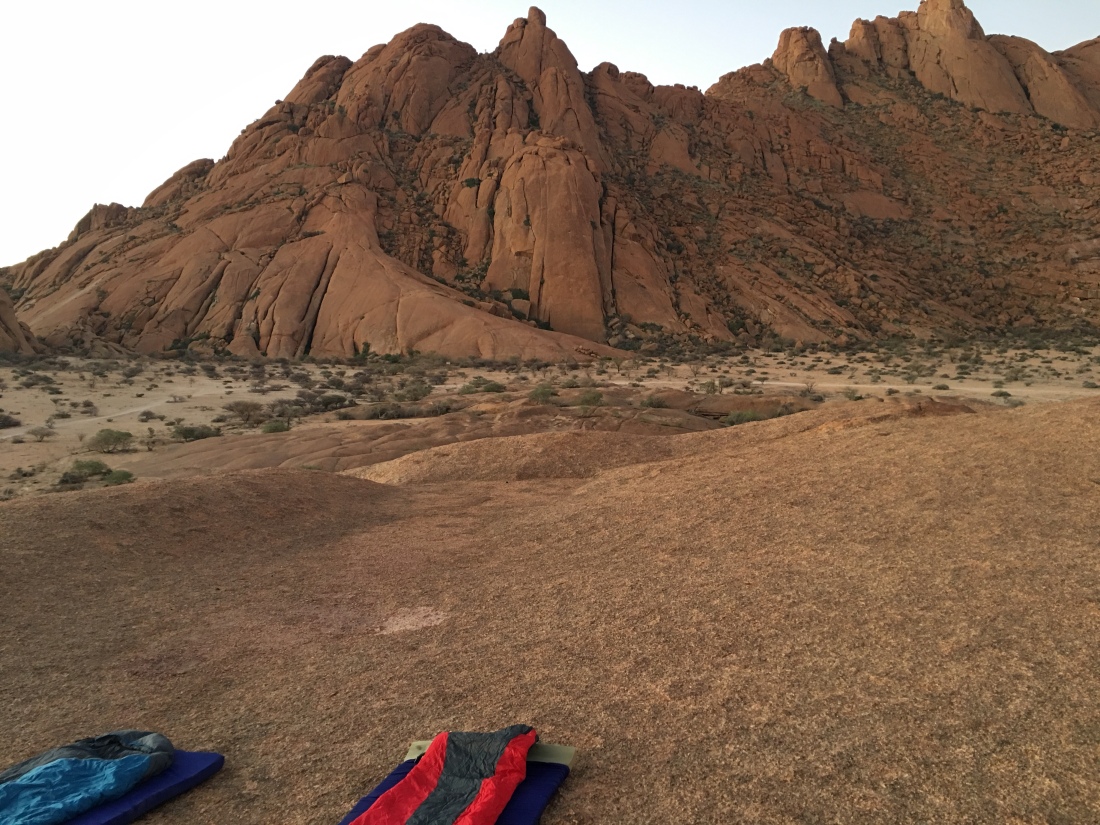