I spent a few days visiting friends in Seneca Falls and Auburn, New York, and it was good to see them all. I stayed at Karen’s “Peace House” Air BnB, and had a stream of lunches, dinners, and coffee dates while I was there. I also visited my cat, the Women’s Rights National Park, my old Seneca Falls house, took a snap of Trinity Episcopal Church.

I lived in Seneca Falls from January, 2007, until September, 2013, when I moved to Niles, in Cayuga County.

Karen and I in SF, with the old Seneca Falls Knitting Mill in the background. The current plan is to remodel it as a performing arts center.

My old house in Seneca Falls: 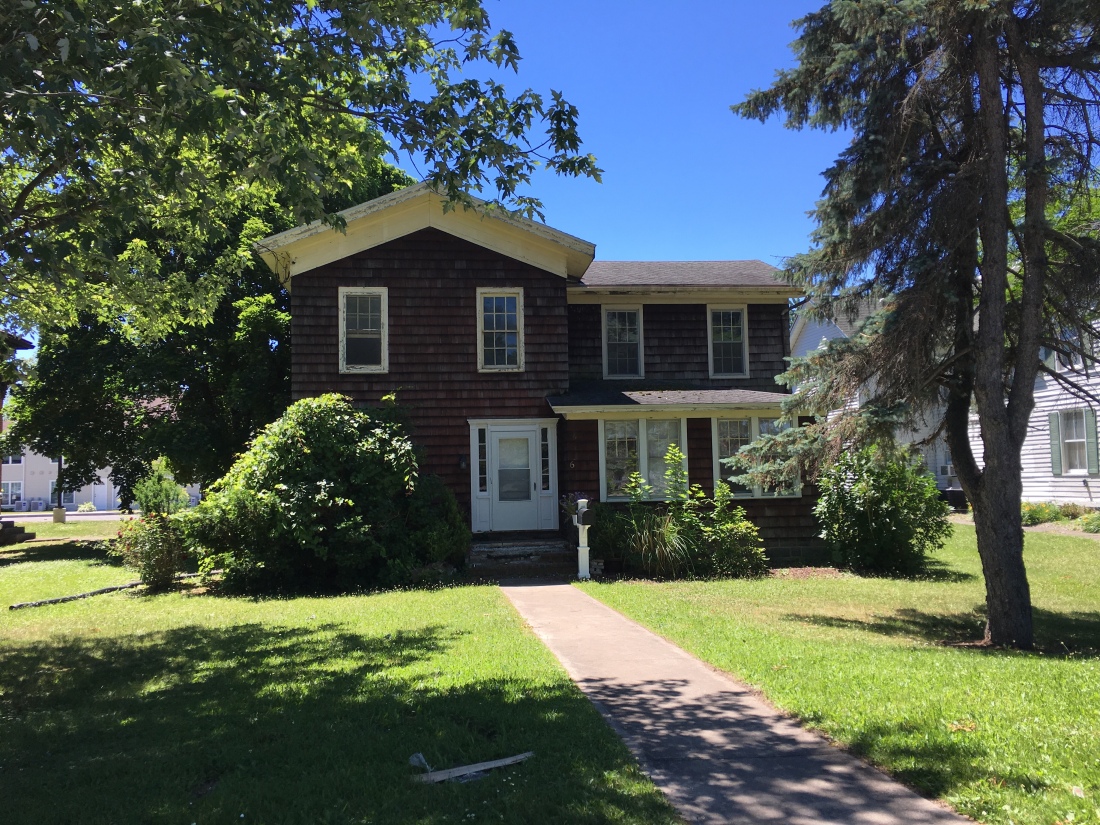 Trinity Episcopal Church, the most-photographed church in the U.S., used to be the view from my house. Trees have grown up, and it’s no longer visible from the front yard: 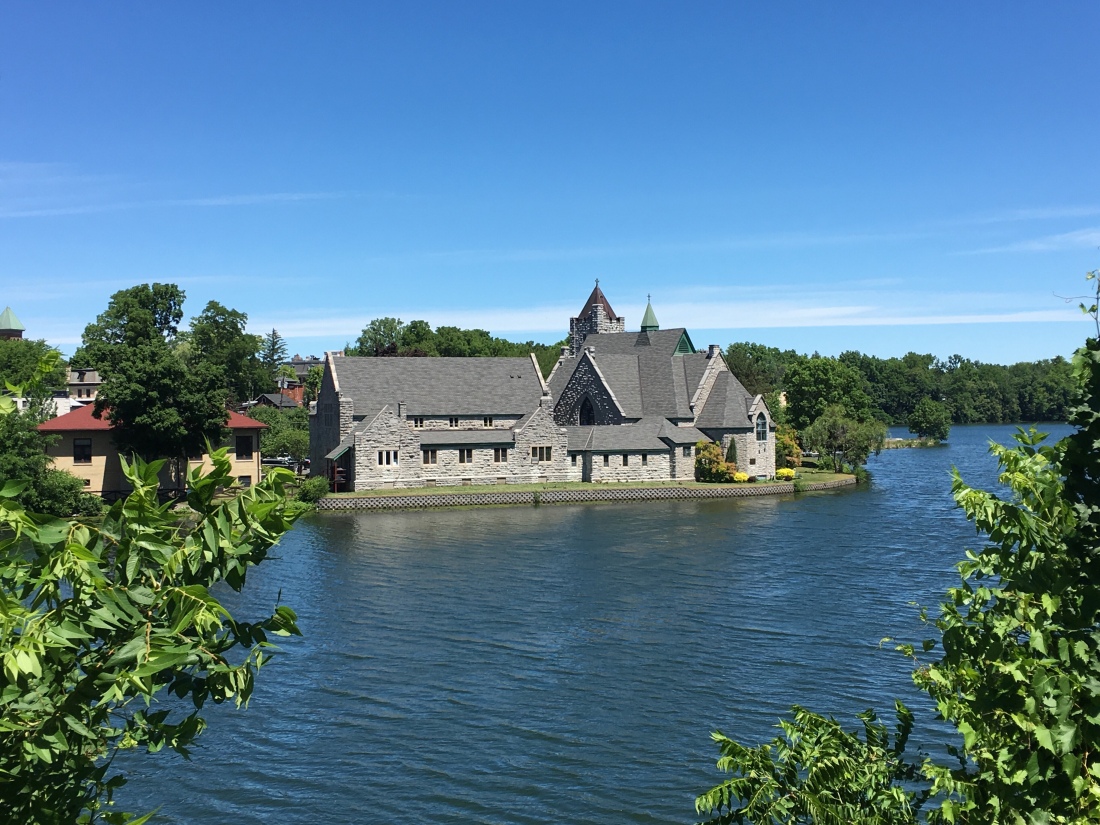 Underneath that water is a portion of the village that was flooded when the Seneca Canal was created. The Seneca Canal is part of the Erie Canal system. The locks that raise and lower the boats are still functioning. The sign below explains the flooding of the lower village: 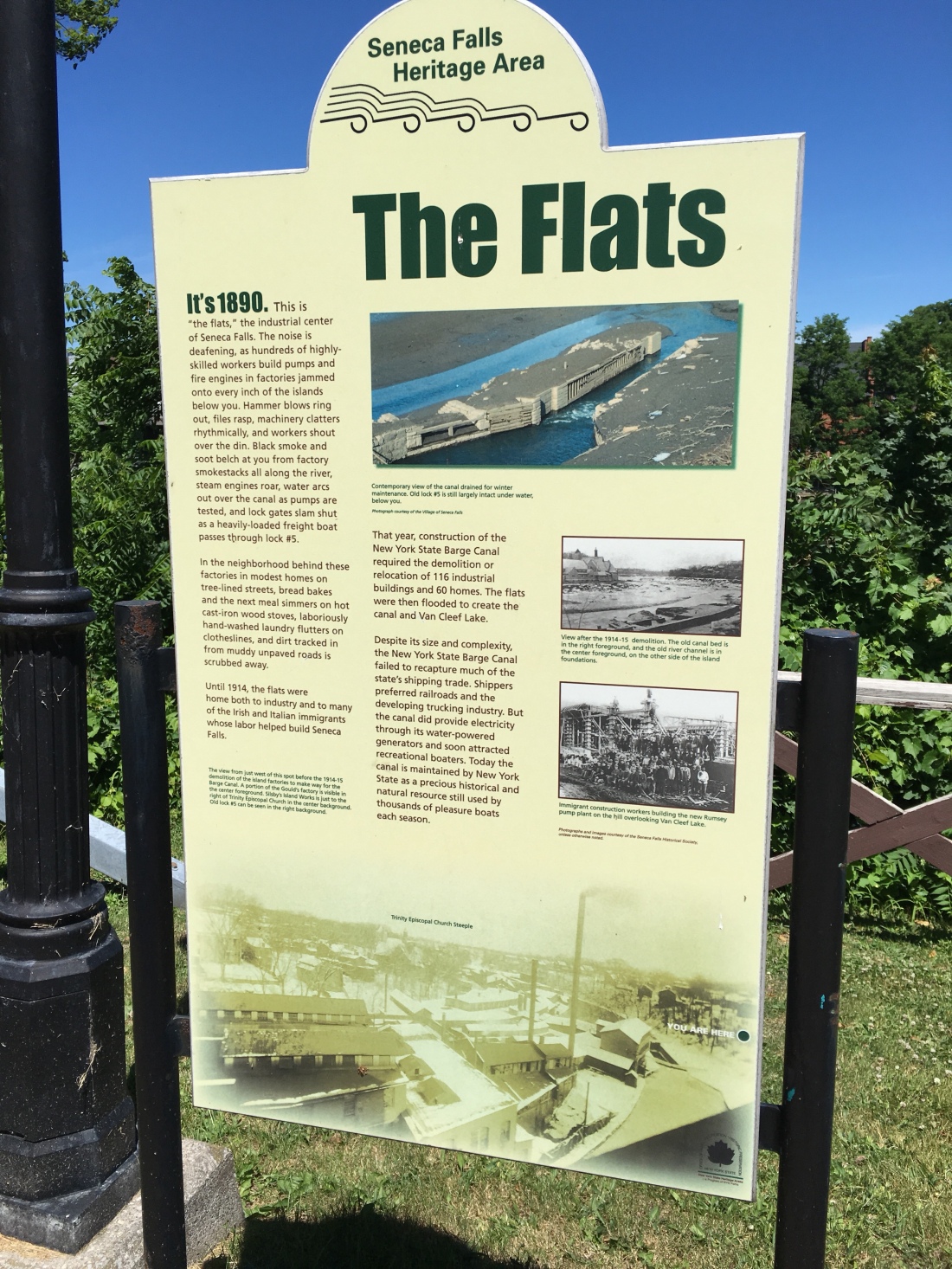 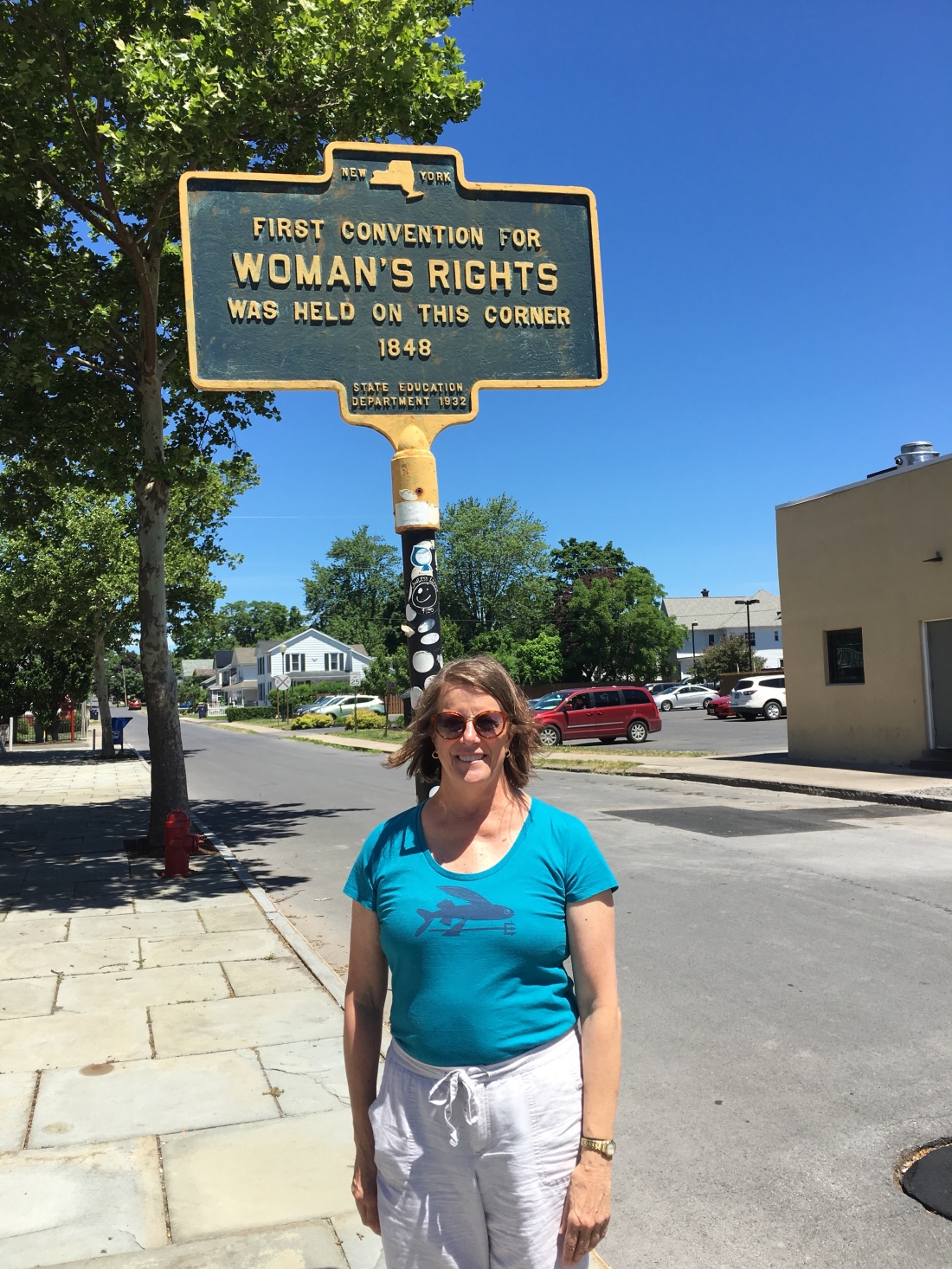 The lunches and dinners and coffees seem to have gathered around my waistline, but it was great to see friends!

There are several parts to the National Historical Park. I don’t have photos of all of them, but the main part is the chapel where the actual convention gathering was held. Elizabeth Cady Stanton’s house and the McClintock’s house (in Waterloo) were also gathering places for the activists as they made plans.

This bronze sculpture commemorates the moment when Amelia Bloom introduced Elizabeth Cady Stanton and Susan B. Anthony. It was the beginning of a long friendship between the two activists.

I checked in on Sweetheart: 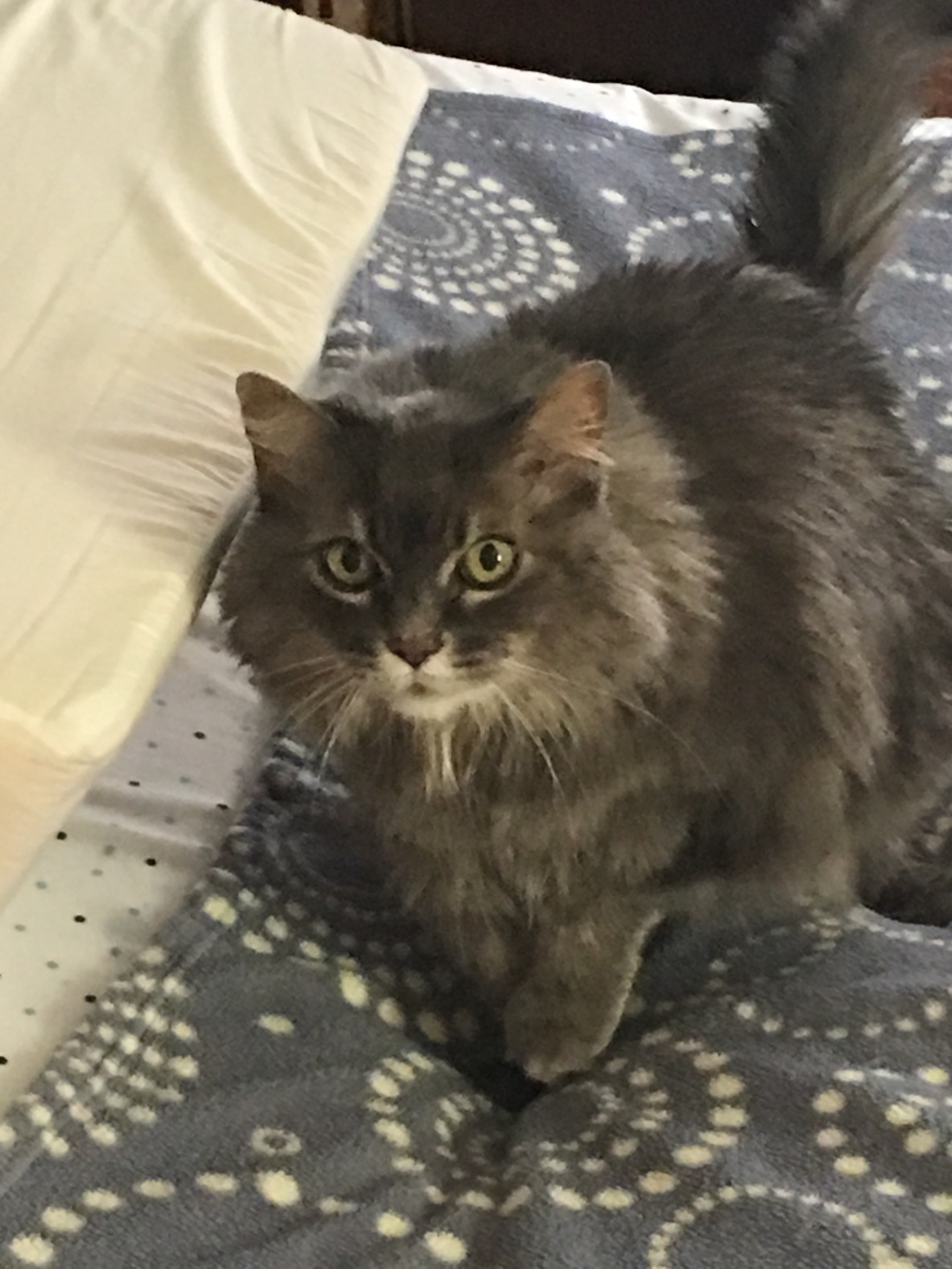 Sweetheart is living with my friend Terry now, and has two cat friends to keep her company, in addition to Terry. She seems very happy. While she was friendly to me, I had the sense that her cat brain has let go of me and has joined her new family. It’s a little sad for me, but really the best thing for her.