Amman is a city that is built on hills. According to tradition, Amman was founded on seven hills, like Rome. The number of hills seems to be mainly legend, but there is no doubt about the city consisting of hills.

The house where I am staying is built on a hillside, which accounts for the wonderful view from the terrace.

The houses built on these hillsides have cut into the hillside to provide enough flat surface to support the houses, and the cuts are supported by walls. Anyone who has worked with the forces of nature knows that any “fix” is not permanent, and the wall which separated Victoria’s house from the house above us, belonging to Samar, had reached the end of its useful life. It had developed a large crack and part of the wall face had fallen away. 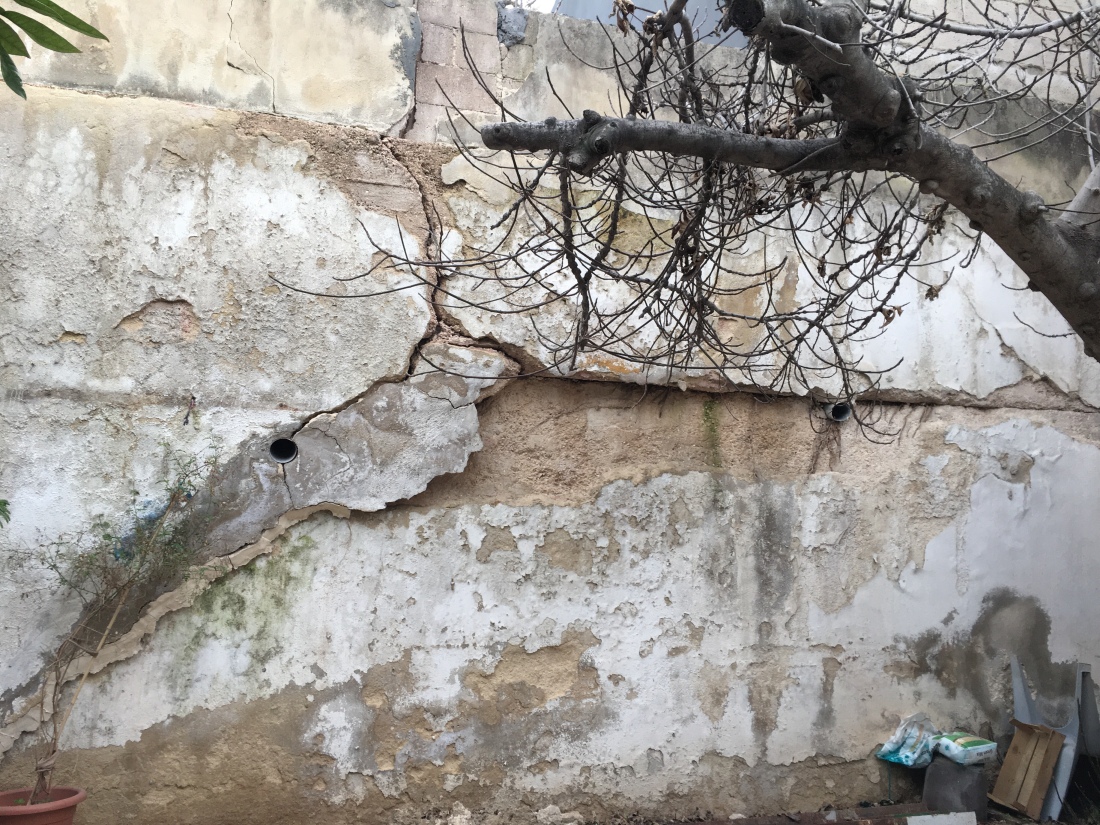 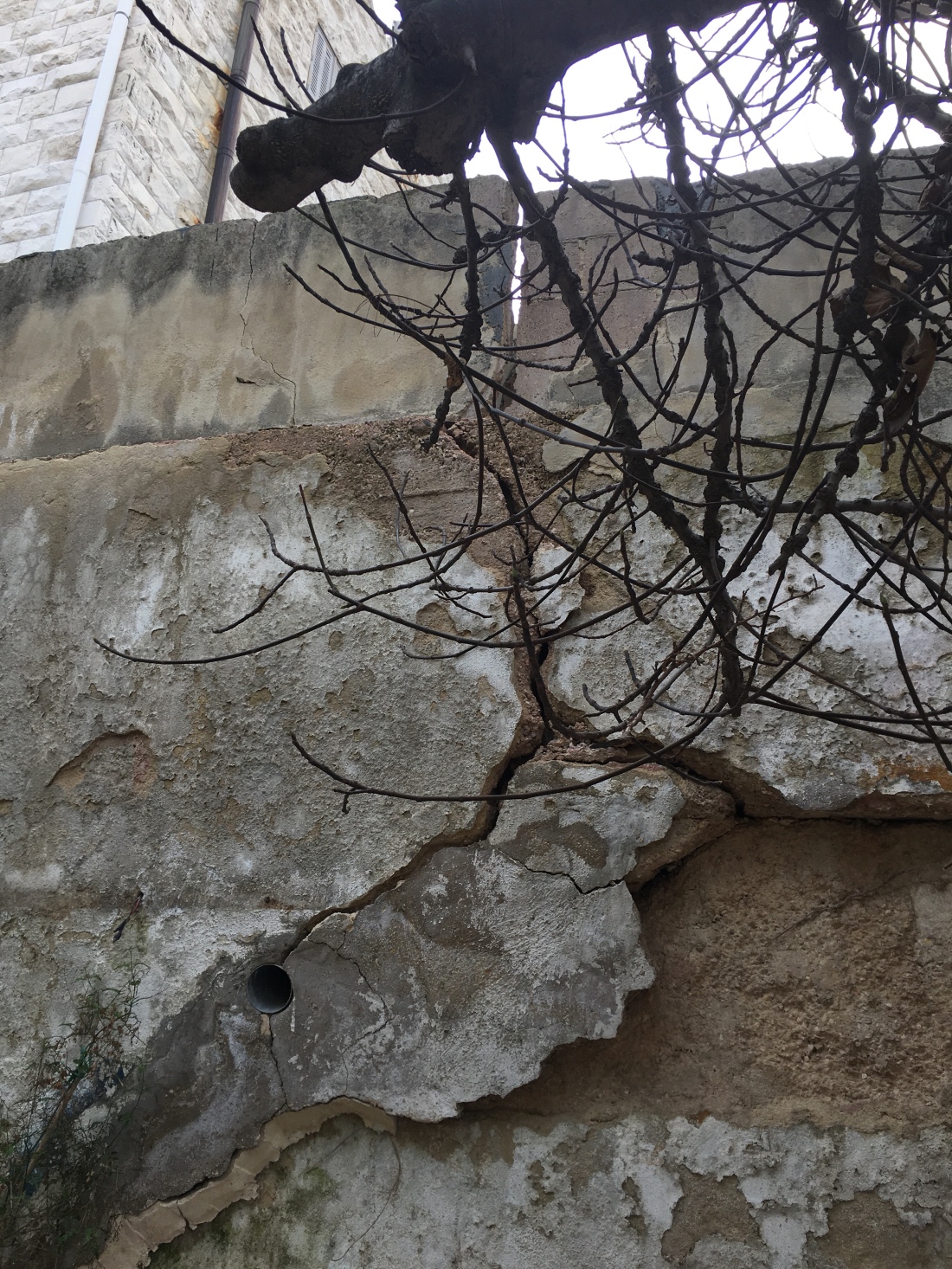 Samar and Anton (Victoria’s landlord) had to view, discuss, and decide what needed to be done, and each had their engineering consultation. Naturally, I was not part of this, but I had the opportunity to view the solution up close over the next month, both inside and outside.

The workmen would arrive at 7:30 a.m. Because I am a “woman of leisure” now, I wake up early (because I probably will for the rest of my life,) but I don’t get up early. I like to have coffee, read my email, read the news, have coffee, and somewhere around 9:00 a.m. I join the rest of humanity.

This would be okay, except the work area was right outside my window, and I would look outside and, there they were. (I didn’t take photos of this.) I adjusted, but I was grumpy about it, at least to myself.

One day I came home and the courtyard was filled with giant braces for the wall that took up so much room, I had to duck and maneuver around them and the plants to get to the door. I reminded myself from time to time that I was staying in a nice place in a nice country, for free (almost – I pay for the power and cleaning, but it’s still an awesome deal,) and this would be over soon. I just hoped it would be really soon.

They tore off part of the wall facing, set up rebar bracing and had to build a custom form in front of the bracing to pour concrete, using 2x4s.

Something to remember is that there was no way to drive any kind of vehicle to the worksite, so all – I mean, ALL – of the materials and tools had to be carried by these workers down the steps from the street. In case you have forgotten (or didn’t see,) those steps look like this: 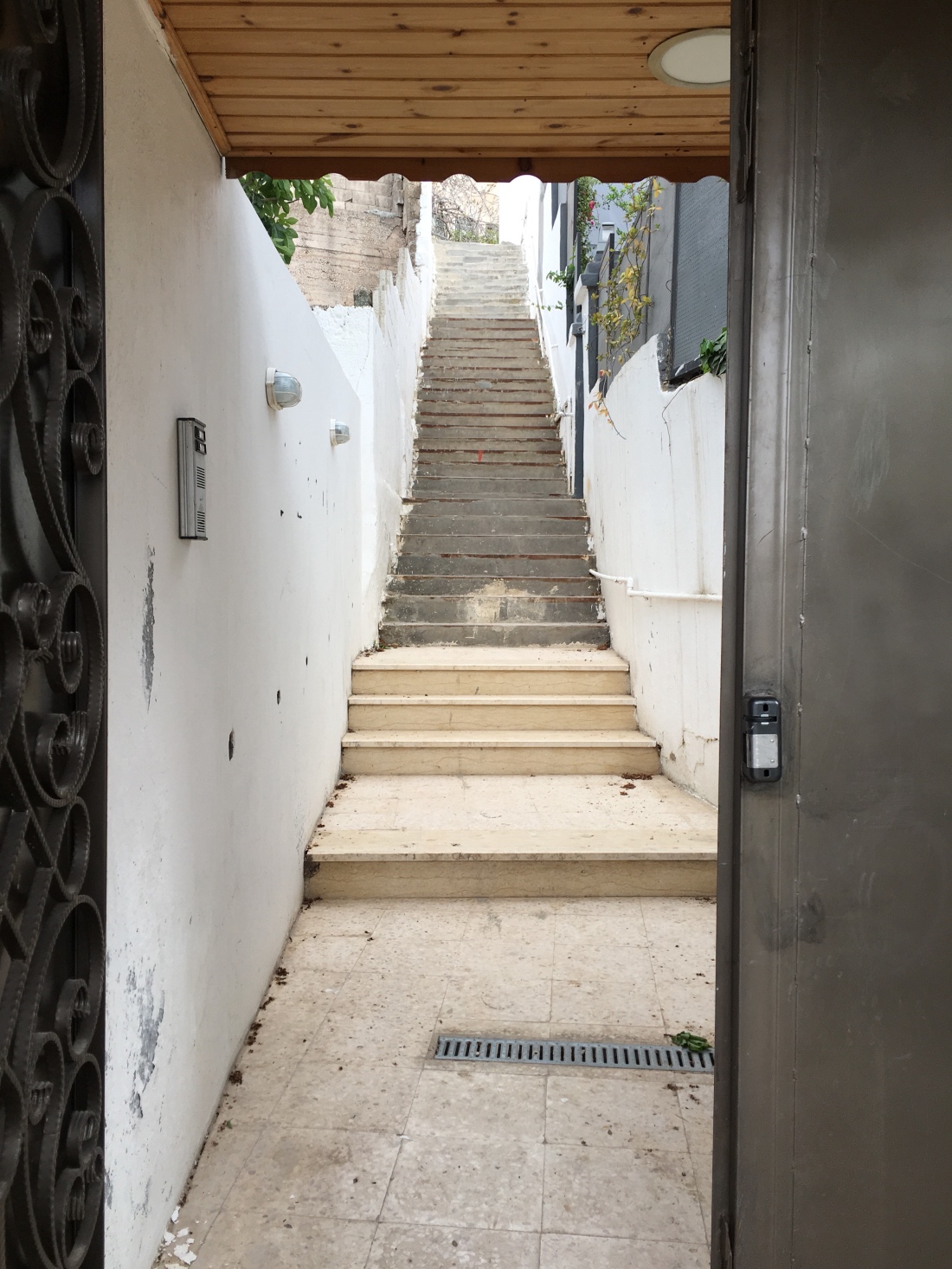 I would never say that they didn’t work hard, because they very definitely did. And they had to work around the giant braces, too. This photo shows most of the braces after they had been raised. There is still one in the background at the lower angle: 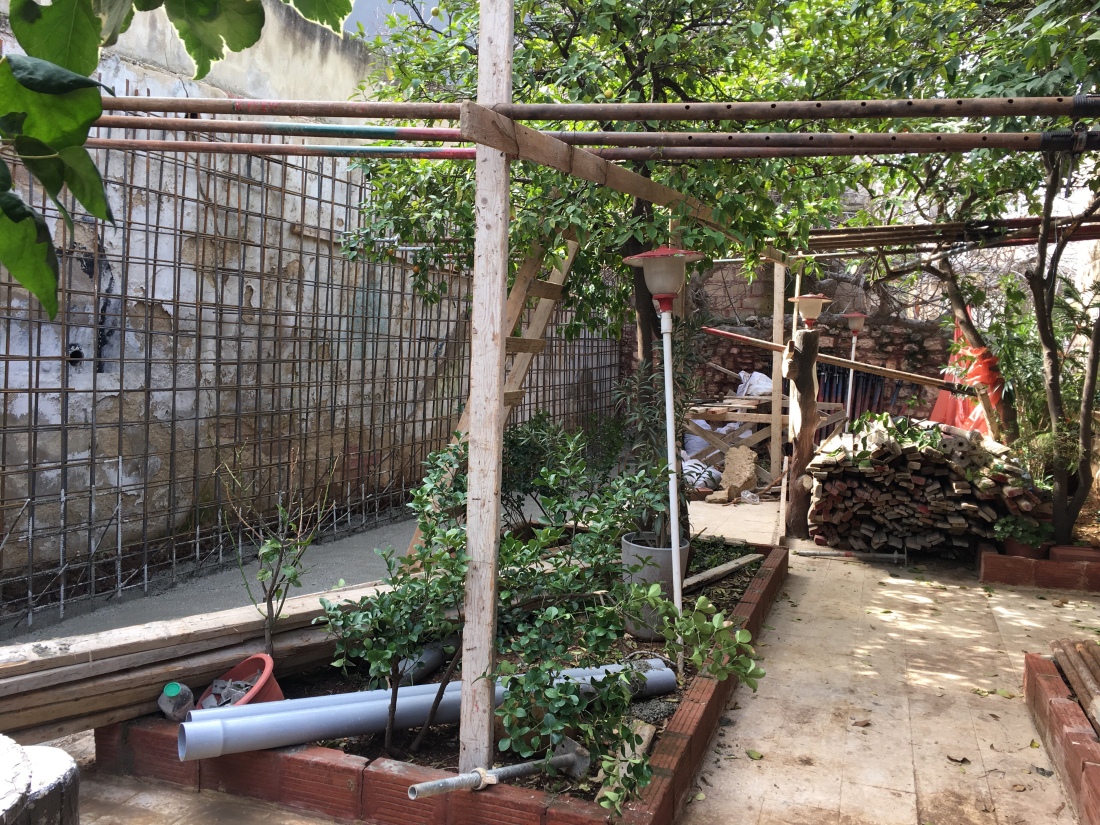 On the right, toward the back, is the stack of 2x4s used to build the concrete form. The braces ran between the retaining wall and the wall of the house, which was fortunately built of stone. The braces, the rebar, all the wood, were things carried down the steps. It’s hard to see here, but they had dug a trench in front of the wall that was filled with concrete also, and ultimately, paved with tile matching the rest of the courtyard. Carried down the steps.

It seemed like forever, but it was around a month – February. The weather was cold and I didn’t go out much, anyway, so we all survived. The wall turned out to be good-looking, and a definite improvement. 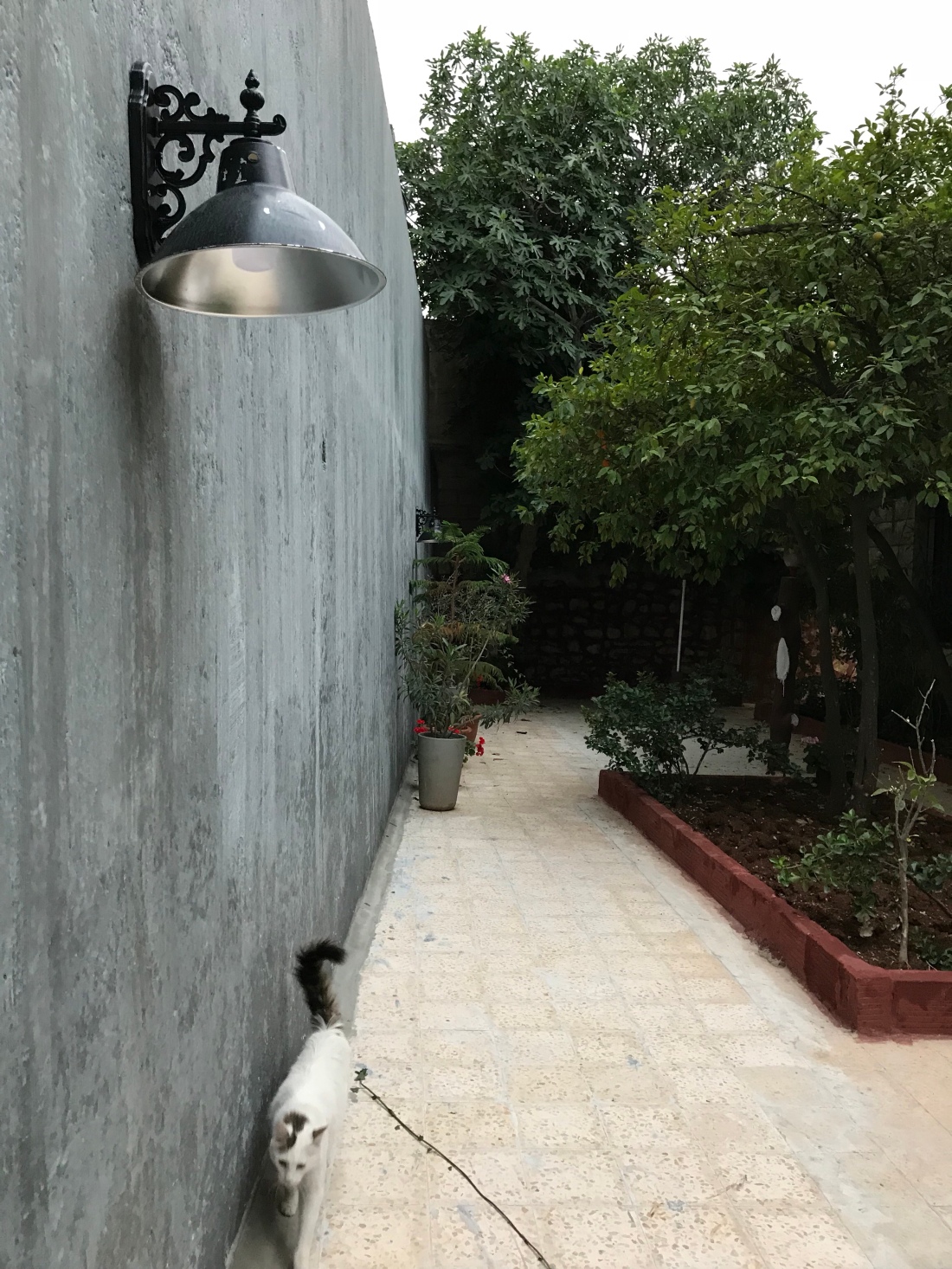